#BetweenTheBaselines: Welcome to the Big Apple!
We close out the 2017 tennis grand slam season with the US Open 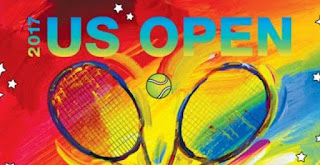 Ok Summer is officially over when we  cast our tennis glare over Arthur Ashe Stadium and get ready to crown the final grand slam winners of the 2017 tennis season.  The US Open is ready to get underway Monday morning and tennis fans are ready for the North America hard court season to bring forth it's ultimate main event.

This tennis season has been an interesting one to follow.  The tone was set from the beginning when we went down under and turned back the clock with Roger Federer winning the Australian Open.  I must admit this was a bucket list item for me, being in Melbourne and watching RFed compete was magical!  Who knew at the time the only slam winners this season on the men's tour would be Federer and Nadal?

And what about the women's tour?  We saw a teenager rise to adulthood in front of our very eyes when Jelena Ostapenko shocked us all taking home the French Open.  And before we could blink Garbina Muguruza was a two-time grand slam champion after her Wimbledon triumph.  Not to mention the return, albeit a short one, of Vika Azarenka and now Maria Sharapova at a grand slam event.  We can also define the 2017 grand slam season as "Expect the Unexpected".

#BetweenTheSheets: The Golden Season Is Coming
Bring on the excitement, drama, pressure...and upsets?

Let this be the official Welcome Back celebration for curling!  The 2017/18 curling season is officially underway folks and this is already shaping up to be the most exciting season yet...perhaps even the Golden Season for a few lucky teams and nations.

Yes, it is Olympic year.  Finally!!  The four-year Olympic cycle is a gruelling one for players and fans.  There are team changes, qualification standards to achieve and national team trials and selections to survive.  One could say playing a 48hr curling marathon match would be easier to survive than the daunting Olympic cycle....but the light at the end of the tunnel makes it all worth it.

But the 2018 Winter Olympics in PyeongChang, South Korea is not the only reason to celebrate the upcoming season.  Although judging by the poll results on the #TwineTime home page (just to your right ---->) it would appear most, if not all, of you are really focusing on the Olympiad.  We have grand slams to compete for.  We have a new tour with new elements to discuss.  We have new teams.  We have favourites looking to continue their dominance from a season ago and perhaps a few new upsets to keep us on our toes.  Yes this may be the "Olympic Season" but there are also many other subplots and story lines to wet your slider for the next 8 months.

#TwineTime is warming up the legs, doing a few lunges to not pull a groin muscle, slipping the slider on and tossing a few rocks at the house to warm up the season.  Lets hope some of these land in the rings as counters and not sail right on through to oblivion.

#BetweenTheSheets: Queens of the House
Which teams do YOU think will finish at the top of the women's rankings? 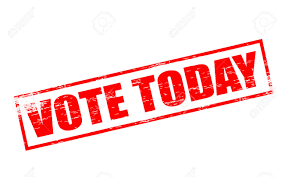 The men's vote is heating up the internet as we prepare for the upcoming curling season....now it's time for the women to burn down the house.  I promised all of you an equal opportunity to show your love towards the top women's team on the world curling tour and now is YOUR chance.

As mentioned in the men's vote blog post, very rarely do we get to see curling throw a vote stone towards the fans and allow them the chance to have their voice heard on which teams they think will rise to the top of the curling mountain this season.  And with the 2018 Winter Olympics fast approaching, there are many teams who could make a push for the coveted #1 spot....but who do YOU think has the ability, drive, skill, dedication and (maybe) a bit of luck sometimes to lead the #PowerRankings?

#BetweenTheSheets: Who Are YOUR Top 5?
Vote which men's teams YOU think finish on top for the 2017/18 season 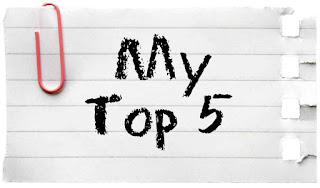 It's August!  The curling arena's are starting to lay ice for the upcoming season.  The rocks are being shined.  The brooms are being stacked.  And, hopefully, all of you have cleaned out those curling bags and washed those shirts and socks.  Nobody wants the smell of last season's Lulu pants or Saxx boxers stinking up the lockerroom to kick off a new season!  Heck, technically the season already started this past weekend in Japan.  Competitive curling in August seems a bit crazy?!

As with many sports, the start of the season is usually a bombardment of polls and previews.  But, alas, curling doesn't really present the same kind of build-up to a season like we see in college football or the NFL.  Until NOW!!