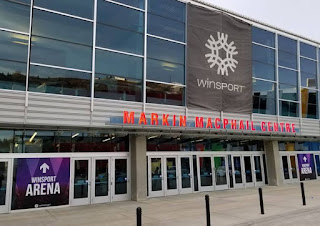 The time has arrived curling fans.  The moment we knew would finally have to become reality.  We are preparing for the final curling event of the 2017/18 curling season.  Yes, I know it is going to be tough.  Take a few moments right now and let your emotions out before continuing on........

And exhale!  The Olympic curling season is always one full of emotion, excitement and energy but also one of exhaustion...and not just for the athletes themselves!  We have collectively laughed, cried, disagreed, celebrated and cheered and the time has come to put the season to bed.

Welcome to the 2018 Grand Slam of Curling Champions Cup! 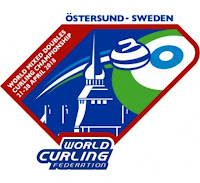 Mixed doubles curling perhaps was the ultimate winner emerging from PyeongChang at the 2018 Winter Olympics.  The fact the discipline started the competition before the official Opening Ceremonies while making its debut on the Olympic roster helped propel mixed doubles curling into households around the world.  Social media lit up with excitement and mixed doubles truly captivated the eyes of the world during its Olympic run.

Those within the curling world have known for years mixed doubles was the fastest growing discipline.  One only has to look at the world championships to see the facts.  Each year we see more and more member organizations from around the world enter a team to compete for the world title.  Sure some of these entries may not have much of a chance at even coming close to #TeamUpset status let alone World Champions but the fact is we are seeing more and more curlers emerge from more and more countries worldwide on an annual basis.  This is exactly what the #growthesport movement is all about.

The 2018 World Mixed Doubles Curling Championships will be no exception as a record amount of nations have thrown their rocks onto the sheet looking to claim a world title.  40....yes 40!....nations have hit the ice in Sweden for this years world championship event.  Quick math...that is 80 curlers competing.  Wowzers!!  We are in for quite an event....and quite a preview!!


Rock head and stoners, oh how I have missed you!  I know it is not like either of us took time away from one another or had a messy breakup, we did communicate via social media throughout recent events like the Brier and World Men's Curling Championships but we have not reached out via a blog post in quite some time.  Sorry!  My bad!!

We have A LOT to catch up though don't we?  Since we last connected two Grand Slam of Curling events have spun their final rock this season (Elite X and Players Championship).  We have crowned a women's and men's world champion.  Celebrations have been had.  History has been made.  And debates continue to slide down the curling sheet.  Not to mention we sure have had a gap in time since the last #PowerRankings were released.

Settle in the hack folks, this is going to be fun!  PLUS a little #TwineTime specific announcement 😉