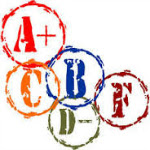 Is it reading week for some of our future leaders, curlers and Olympians right now? The time where they can put down the textbooks, the highlighters and the notepad and go live life and have fun? Well yes rock heads it is reading week. And what perfect timing. Those young minds can hit up their closest arena and curling club, get some exercise and enjoy the fundamental game we love: curling!

But alas it is not a holiday week for everyone. We also have some pretty major curling competitions going on right now on Bluenose Island. Nova Scotia is hosting the 2019 Scotties Tournament of Hearts and 2019 World Junior Curling Championships. For those young minds who cannot (or will not) venture outside, at least they can chill on the couch and watch some great curling right?

For some of us media types (ha like how I just self-appoint myself a curling media member there?!) the work picks up more steam than ever trying to jostle coverage of two major events at the same time. It is why, for this special blog post, both events will be facing Big Red. 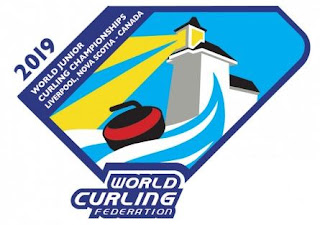 Grand slam events. Tour events. National championships. They are all important during a curling season. But there is something extra special and extra exciting when you get to throw your national flag on your back and compete to represent your country.

Starting this weekend, 10 junior men's and junior women's teams will know that feeling. Some have experienced that feeling before. Some will feel that sense of national pride for the first time. Regardless of resume, all 20 teams will come out ready to chase world championship glory and fight to have their national flag hung and their national anthem played at the end of the event. 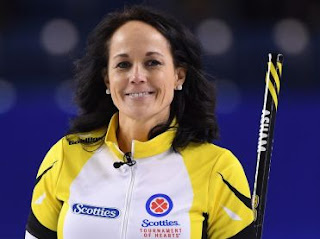 Valentine's Day may have just come and gone but your little curling hearts should be beating faster than normal for the next week rock heads. You all know what February means right? It is time for the Scotties Tournament of Hearts!!

Time for the best Canadian female curlers to hit the ice and put the entire season of hard work, dedication, practice and training to the test in an attempt to become the next #TeamCanada and book their spot at the upcoming 2019 World Women's Curling Championship in Denmark.

But you know an event of this magnitude with a field full of experience could not be tackled by one lone curling fan and blogger? Oh no, we had to call in the big guns to help us navigate the field and preview the entire event.

We are set to welcome out newest member of the #TwineTimeFam: Michelle Englot!

#BetweenTheSheets: Playdown After Party
The playdown preview rages on into after party hours

Rocks are spinning. Brooms are sweeping. Drinks are pouring. Victories are being celebrated. Tears are being wept. Seasons are being ended. The playdown party is raging on for another week folks!

When the party officially kicked off a few weeks ago we were starting down the path towards crowning provincial/territorial champions and filling in those blanks on the Scotties Tournament of Hearts and Tim Hortons Brier bingo square. Excitement was at an all-time high and everyone was in the party mood.

Last week the playdown party hit the coveted midnight mark. You know the midnight marker at a party. Everyone is feeling a bit more buzzed and loosened up. The party arrow is pointing to the far right on the fun meter. And, even though you have been at it for a few hours, you know you have it in you to go a few more.

This week, we enter the after party. Your first location has made the last call announcement and now the lights have come on. But you aren't done. You want the fun to continue. Tired? Sleep is for the weak when you are in party mode. Now we need to find the after party. We drop off a few friends who cannot keep going and the true hardcore party animals line up for the extended part of the evening. This is where we are now. Welcome to the Playdown After Party! 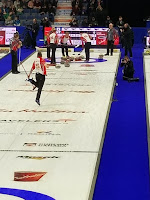 If you watched the Brier last year in Regina, you may have heard about a young 21-year old skip from The Rock stealing the hearts of curling fans in the arena. With dance move reactions, high jumps and the occasional leg kick, Greg Smith warmed the ice with his flare for the sport.

Welcome our newest member of the #TwineTimeFam: Greg Smith.