#BetweenTheSheets: 1st Power Rankings of 2019
Who starts the year at the top and who is making the big moves? 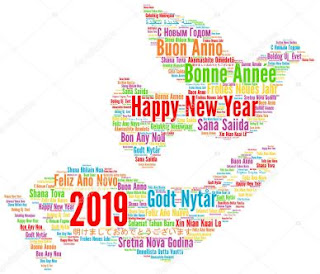 Wherever you are from. Whatever your heritage background is. The language may be different but the message is the same. Happy New Year rock heads and stoners and welcome to 2019.

I hope you all had a great holiday season and were able to take some time surrounding yourselves with loved ones, great food, positive energy and deserving rest. As we head into January, #BellLetsTalk month, we must ensure we take care of ourselves and each other!

But all good things must come to an end right? Time to get back to work. Lets talk curling!

There really is no downtime for the sport of curling. While most of us fans were enjoying the time away from work, there were still curling events taking place around the world and some of your favourite curling athletes still competing hard for oversized cheques and trophies (and perhaps doing some sightseeing as well of course).

Since we last chatted around the house rock heads and stoners a few events took place drawing to a close 2018 and opening 2019. In fine #TwineTime tradition, you know what time it is!

While many of the top teams took the time off to celebrate the holidays with loved ones, those who did compete the past few weeks were able to perhaps seize the opportunity of collecting some ranking points and making a move up the Power Rankings mountain. Who sits atop the mountain starting 2019? And which teams are making a move for the coveted #1 spot?

Time to take a look at the first #PowerRankings of 2019.


Team Mouat's championship win in Perth, coupled with most of the other Top 10 teams taking time off, allows them to make a big climb up the mountain from the Honourable Mention category into the #3 spot. Team Paterson barely clings on to the #2 spot due to their QF appearance in Perth to stay ahead of their Scottish rivals.

Team Kovaelva was the only team in the current #TwineTime Top 10 to hit the ice over the holiday season and their championship win on home ice helped move them back into the Top 5.

We should see some movement on the mountain after this weekend though as all of the top teams are back in action this week. Time to say goodbye to the holiday festivities, put down the turkey and stuffing and pie and get back to work on the ice. Can teams currently in the Top 5 hold on to their momentum or could we see a pack of new challengers rise to the occasion in 2019 and make a push for a spot on the mountain?


As the saying goes, "No rest for the wicked" with the top teams hitting the ice this week in Battleford for the third major of the Grand Slam of Curling season: The Canadian Open. The #CanadianOpen is fun because the format is a more tour traditional triple knockout over the #gsoc standard pool play, meaning we can end up with some very intriguing elimination matches along the way.

But for those teams not qualifying for a spot in Battleford, there is a #Tour500 women's event in Bern, Switzerland, the International Bernese Ladies Cup, as well as a #Tour250 event in Brandon for the men.

#TwineTime will have a preview of this week's #CanadianOpen with a #Bracketology approach sliding into your house soon.