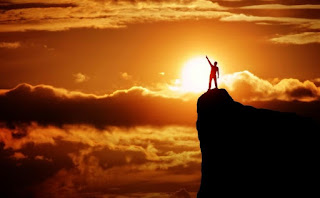 The time has come. The moment were we collectively shed some tears. The stones are being put away. The ice is melting. The broom bags are in the closet. And the smelly gear, from jersey to pants to lucky socks and boxers, are FINALLY going to get washed! Ok maybe some of those tears are a result of bad odor and are tears of joy from those around us.

A curling season that began back in August 2018 has come to a close in May 2019. 10 months folks. 10 months of competitive curling. Amazing.

There has been a lot of talk about the length of the curling season but lets save those conversation for the off-season. We have a few months to debate new ideas and theories. Plus we will *probably* have some major #FreeAgentFrenzy to discuss. But not today curling fans. Today we celebrate a season which enters the history books.

As the sun sets on the 2018/19 curling season, which teams and which nation stand tall above everyone else as #1? Time to find out rock heads.

But before we climb the mountain to our season-ending #1 we need to first congratulate our final champions of the year. The final #gsoc event spun its last rock in Saskatoon at the Champions Cup while across the pond in Norway we crowned 3 world champions.

For the final time this season, here is your #GunnerRunback:

Welcome to the FINAL #PowerRankings of the 2018/19 curling season. For the final look at the mountain the blog increased the viewpoint from a Top 5 to the Top 10. The Hon. Mention section now includes those finishing #11 - #15.

As an added bonus, after each team finishing within the Top 10 is a brief summary of major season highlights for each team. Did the results on the ice support the ranking?

The #BottcherExpress steamrolled the competition in the final few months of the season, going from outside the Top 10 only 10 weeks ago to finishing the season atop the rankings. And look at the resume behind their name. No surprise seeing them finish #1.

Teams Koe, Edin, Mouat and Epping all had strong seasons as well with nice international results mixed in with some #gsoc and #wct results. The one standout is Team Edin is the only team in the Top 6 not to reach a slam final this season. Feels a bit weird to not see them in a #gsoc championship game. But winning another world championship and European silver keeps you near the top.

Special shout out to Team Epping as well. They dominated the Power Rankings throughout most of the season, sitting atop the mountain almost the entire time. They exemplified what the TwineTime ranking system is all about: consistency, consistency, consistency. Even when they did not win an event or a slam, they qualified for the playoffs or reached the championship final to hold on to the coveted #1 spot. Sure they were overtaken end of the year but still a solid season. And they welcome Ryan Fry to the fold next season so we could see very similar results next year.

Overall this season saw 341 men's teams around the globe compete and collect points on the Power Rankings mountain. There were 77 champions crowned throughout the season and 51 teams took home a championship.

Don't see your favourite team on the Final Top 15? Wondering where they finished overall? Message me on social media and I will share their final placement with you.

Team Homan once again finds themselves atop the mountain at the end of the season. Is there any question on how dominant this team can really be? Add 3 more slam titles to their impressive resume, another slam runner-up and of course the Scotties final and the calculations equate to #1. While the Scotties loss may be seen as a disappointment for the team looking back on the season, more so on how they lost not just that they lost, there were still many positives this year. The TwineTime blog also wishes skipper Rachel Homan and second Joanne Courtney all the best in the off-season as they welcome new editions to their family. Hoping new baby and mom are healthy and happy!

The story of the season though may be #TeamSkipper. Team Einarson's all-skip team was met with many questions heading into the season but they silenced their critics early, picking up tour win after tour win to start the season. 4 #wct titles later coupled with a slam title, 2 slam finals and a Canada Cup final...how is that for a rookie season? Perhaps the BEST rookie season we have ever seen on tour. And remember, this was not a line-up shuffle adding one or two new members to the team. This was 4 different players from 4 previous teams coming together. Again, Scotties was a disappointment sure, but what a season nonetheless. Wait to see how they follow-up it up next year. Sophomore slump or Scotties champs?

Similar for the men, don't see your favourite team among the Top 15 and wondering where they finished? Hit me up on social media and I will share the final results.


Oh Canada! While the world has caught up and the sport has received more global recognition, the more things change the more they stay the same sometimes. Canada sits high above their competing nations this season claiming top spot on the NEW Nations Power Rankings. 7 world finals. 4 gold. Impressive-Eh?!

No surprise really on those teams rounding out the Top 5. Sweden used their MD gold to just clip past Switzerland for the #2 spot. While Scotland remains a consistent international threat.

But what about the #PACC folks?! China, South Korea and Japan all finish in the Top 10 while New Zealand (#16) and Australia (#18) reach the Top 20. All 5 of these nations have made great strides over the year's but usually at different times. While one or two would excel, the others would struggle. This year saw all 5 really takes slides forward on the international scene. Yes, New Zealand and Australia were buoyed by their strong MD results but New Zealand also made great strides on the world junior stage too. They could be the #TeamUpset nation of the season?

Or could Denmark make a case? Quick who would have guessed Denmark would finish in the Top 10, outperforming USA, Germany and Italy? The Euro B gold for the men certainly helped but those results at the recent World Senior Curling Championships made the difference. A silver and bronze podium finish helped the Danes leapfrog traditional powerhouse nations and land on the mountain.

From a #growthesport lens, Denmark, Estonia, Spain, Latvia and Slovakia gained momentum this season. Yes they all did so in different ways and not consistently across the world sheets of ice but a slide forward is still a slide forward. Denmark will have their men and women competing at European's this year. Estonia is becoming the fastest growing nation in Europe with Spain right behind. How cool was it to see Estonia win the World Wheelchair B-division title this year? And Slovakia, who would have thought?

Have a favourite nation you are curious about their final position on the mountain? Reach out via social media and I will gladly share.


The on-ice portion of the season is complete, by #PowerRankings standards anyways. The Curling World Cup Grand Final hits the ice next week and the season officially ends with the Arctic Cup in Russia at the end of May.

The season is not officially over though until we hand out some end of the year hardware. It is that time folks. The Golden Granite Awards!!

The Golden Granite Awards will be sliding into your house in a few weeks. Until then, it is YOUR time to have YOUR say. This year the blog introduces the Top Social Team Award. This award will come from YOU the fans. Which team do you think has the best use of social media?

When we talk about social media usage we do not just mean most posts either. Posting via social media is easy. We all do it. We live in an age where you can pre-program your social media nights or days or weeks or months in advance. Most posts will not cut it for this award.

This award is aimed at the teams who not only post but engage. Which teams use social media effectively to engage with fans? With other teams? Which use creative hashtags? Which maybe even have their own team hashtag or slogan? Which teams use effective images or .gifs to support their social media posts? If you want to win the Top Social Team Award, you better step your social media game up.

Over the next week share your top contenders for the award with @twinetime14. Put in YOUR nomination. Heck, if you have a few teams who you follow and think deserve a nomination, enter a few teams. The more the merrier. The blog will weed through all the nominations and come up with the Final Four.

During the Golden Granite Awards reveal, which will be done a bit different than in year's past (no details yet but #StayTuned), there will be an opportunity for YOU rock heads to VOTE on who should win the Top Social Team Award.