#BetweenTheSheets: The #GSOC *Ice* Bubble Watch
All points matter as teams try to punch a ticket to North Bay 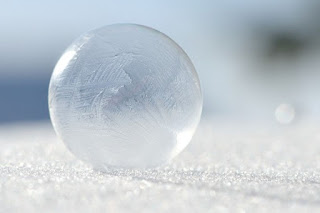 The curling season is barely a few weeks old and already we are ready to peer into the crystal ball looking into the future. Ok well maybe it is not a crystal ball but rather an ice bubble.

Teams are starting to look at the upcoming Grand Slam of Curling season and, if you can read a calendar properly, they are well aware the cut-off for The Masters is fast approaching. In fact it is next week! Yes The Masters will not be contested on the ice until the final weekend of October but for teams looking to punch a ticket to North Bay, they have one more week to do so.

Which teams are on the (ice) bubble? Which are comfortably sliding into the field? And which have some work to do? Lets enter curling's version of the #BubbleWatch...also known as the #IceBubbleWatch.

For a quick refresher, the #gsoc fields are comprised of the Top 15 men's and women's teams per the OOM at a certain cut-off date. For the 2019/20 season there will be 6 #gsoc events: The Masters, The Tour Challenge, The National, The Canadian Open, The Players' Championship and The Champions Cup. Of these 6 events, 4 are considered "Majors". They are the Masters, National, Canadian Open and Players' Championship.

The first "major" of the season is fast approaching and teams want to be on the right side of the ice bubble. Lets take a look at the updated rankings and see where teams land.

We can quickly pencil in the Top 11 teams into The Masters field now. Regardless of results this upcoming weekend, none of those men's and women's teams will drop below the red cut line.

For ease of conversation on the men's side, lets focus on those teams sitting #12 - #19. These are the only teams will legit slam aspirations at this point.

Of these 8 teams, 7 will be competing at the upcoming Shorty Jenkins Classic this weekend. Team Muyres will not be competing, thus unfortunately eliminating them from Masters contention.

Look at how close the numbers are between #14 Shuster and #18 Gunnlaugson. Anything can happen, especially with a big event like the Shorty Jenkins. This event is often named a "mini-slam" because of the high quality of field.

Movement can happen among this group of 7. This weekend should earn higher points for qualification given the stronger strength of field multiplier. If Matsumura/Gunnlaugson/Ulsrud reach the QF round while Shuster/McEwen do not, those teams would play themselves into the slam field while the others would be eliminated.

The women have a larger bubble based on the closeness of ranking points. Team Muirhead's championship win two weeks ago and QF appearance last weekend should punch their ticket. But spots #12 - #15 could be won by anyone ranked in the Top 21.

Only 7 points separate #15 from #19 folks. This. Is. Close. But only 6 of the Bubble Watch teams will be on the ice this weekend.

Yoshimura, Stern, Nakajima and Wrana will be competing at the Shorty Jenkins. Interestingly enough, all 4 teams are in different pools meaning they would not face one another until the playoffs, should any qualify. And all 4 are right in the thick of the cut line so one win here or one loss there could be the difference between a ticket to North Bay or watching from home.

Rocque and Cannon will be competing at the Booster Juice Shoot-Out. Rocque is coming off back-to-back deep playoff runs but will need to stay one rock ahead of fellow competitor Cannon this weekend to avoid dropping below the cut line.

There are going to be intriguing story lines to watch this weekend not only in the events themselves but perhaps some scoreboard watching as bubble teams look to see how others are doing and try to just do that one win better to stay in front or jump ahead of their fellow #IceBubbleWatch competitors.

As this blog always says: #StayTuned!!

Lets review the up's and down's of last weekend's #wct action. See which teams made the move up the bubble watch and which have played themselves into the precarious position they now find themselves.

With the Stu Sells #OakvilleTankard being a #Tour500 event, and having 12 qualifiers, there were plenty of points on the ice this weekend and opportunity for teams to make a climb up the Power Rankings mountain.

Which teams made the move and which teams suffered a slip?

We have some movement among the Top 10 folks. The win by Team Hasselborg bumps them above Team Einarson who decided to sit out the Stu Sells Oakville event. As defending champions, Einarson lost the 500 points won last year while Hasselborg did not compete in the event last year. Team Tirinzoni continues to chip away at the Top 3 after posting a SF and QF finish in the two Oakville events.

We also see two new teams debut in the Top 10. Russia's Team Sidorova jumps to #9 after making the final this weekend. Scotland's Team Muirhead cracks the Top 10 due to qualifying for the playoff round. Muirhead's qualification follows up the championship win the previous weekend at the Fall Classic, giving them a nice shot up the rankings the past few weeks.

On the flip side, two teams had to get bumped out of the Top 10 to make room for our new editions. Japan's Team Yoshimura, who have fluctuated between #9 and #10 all season, drop out of the rankings after going 2-2 last weekend. The result follows up a lackluster result the previous weekend as well where they failed to defend their title. Last year the team qualified at the Stu Sells event, providing a perfect example of a team who fails to defend their points from the previous season and is punished for it in the rankings.

We also say good-bye (for now) to Team Scheidegger in the Top 10. No surprise here though as they have yet to hit the ice this season. They also lost 500 points this week from their Shoot-Out win last season. The event was moved back and will be contested this upcoming weekend but they, along with the other teams who earned points last year, have had their points deducted this week.

The more things change, the more things stay the same. While the women's ranking mountain is starting to become a bit tumultuous, the men's mountain remains consistent. Team Epping gained some ground on overall points with their win this weekend; however, remember last year the old version of this team reached the SF so they defended their 180 won en route to taking home the 500. They have closed the gap on Sweden's Team Edin for #4 as well as starting to breath down the neck of Scotland's Team Mouat for Top 3.

The remaining Top 10 are unchanged. However expect to see some movement on the mountain next week. The upcoming Shorty Jenkins is the first #Tour1000 event of the season for the men. Epping will try to #DefendTheIce and the 1000 points that go along with it. Team Jacobs has finalist points and Team Paterson/Team Howard have SF points to defend.


As mentioned the big Shorty Jenkins event headlines this upcoming week's #wct action. The event serves as a #Tour1000 event for the men and a #Tour500 for the women. Why the different designation you ask? Well the men have a purse of $59,000 while the women are offered $34,500. Remember tour event designation is done based on the prize purse amount, NOT the teams entered, and is decided BEFORE teams officially announce their season schedules.

But the Shorty Jenkins is not the only event this weekend. We have the Booster Juice Shoot-Out (previously known as the HDF Shoot-Out) for the women, another #Tour500 event. We also have two #Tour250 dual events at the King Cash and US Open - Contender round. The men have an additional #Tour250 event at the debuting Obihiro ICE Gold Cup in Japan.

The blog will return later in the week to bring you full event by event previews for all these events.

And don't forget the NEW #TwineTime PODCAST. Check out the podcast HERE where you can take a quick throwback to last season's #NextGen player profile interview with Saskatchewan's dual-sport stud Rylan Kleiter.